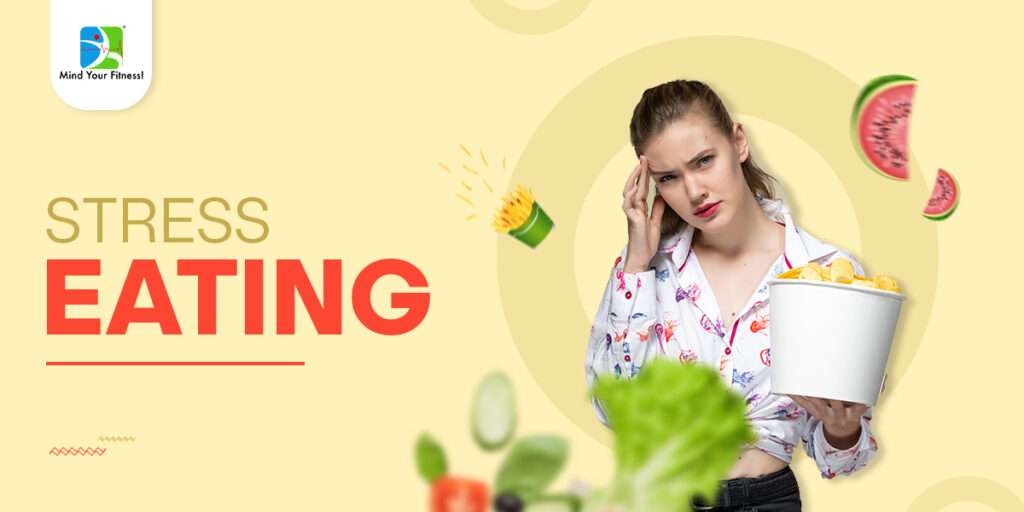 ‘Stress eating’ is a phrase with a lot of truth behind it. The effects of sugary ‘comfort foods’, and stress and the hormones released by it, cause people to overeat. Roughly 1 in every 4 people have rated his/her level of stress as at least 8, on a scale of 10, according to a survey […] 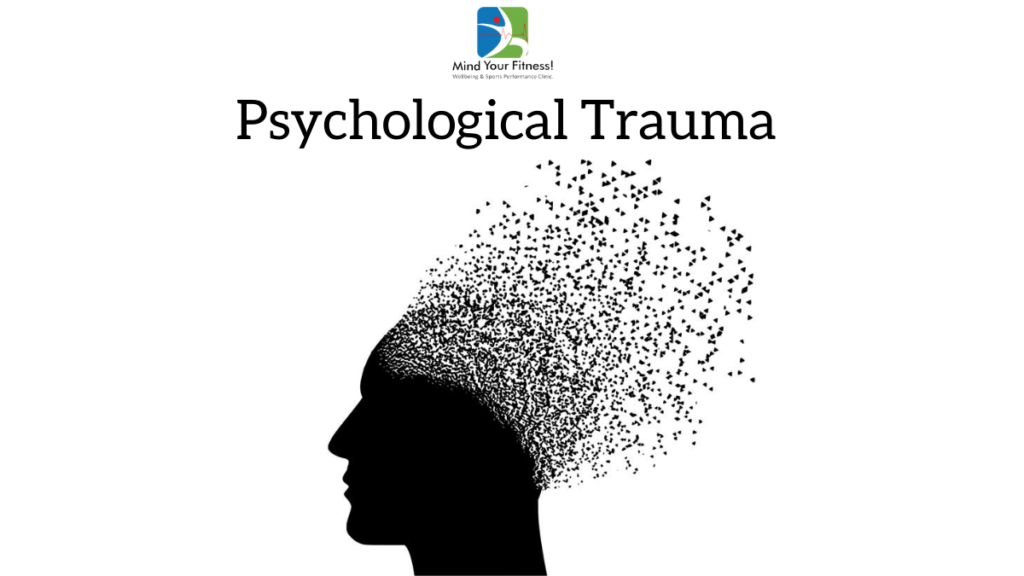 Psychological or emotional trauma occurs when a person is faced with a situation that causes distress or fright.How one experiences or reacts to trauma, can differ. The general belief is that in order for an event to be traumatic it has to be life threatening; however just feeling completely alone or totally overwhelmed can leave […] 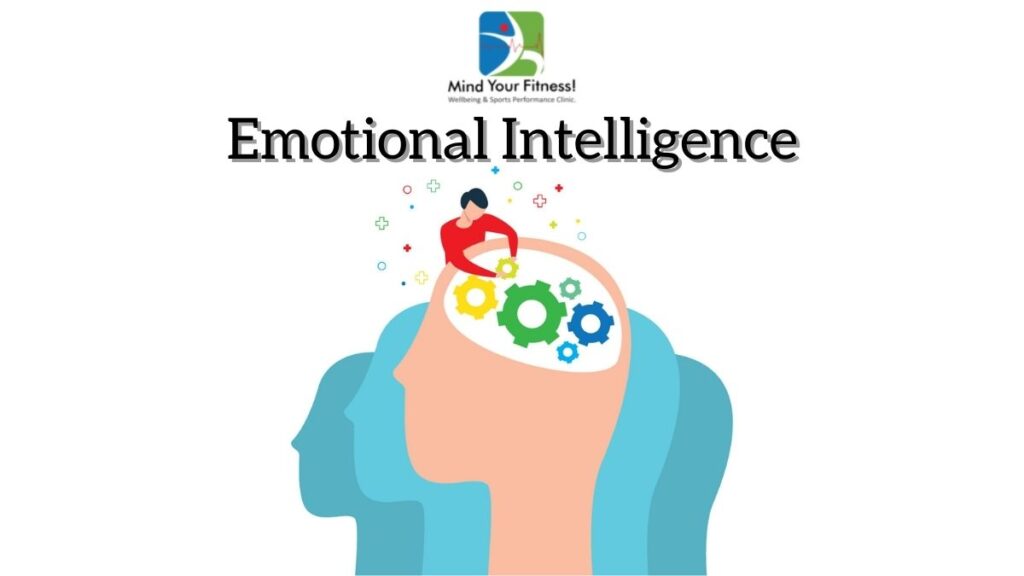 John Mayer and Peter Salovey were the first to discuss the concept called “Emotional Intelligence.” (EI) in 1990. They defined as it as “the ability to monitor one’s own and other people’s emotions, to discriminate between different emotions and label them appropriately, and to use emotional information to guide thinking and behaviour. They believed that […] 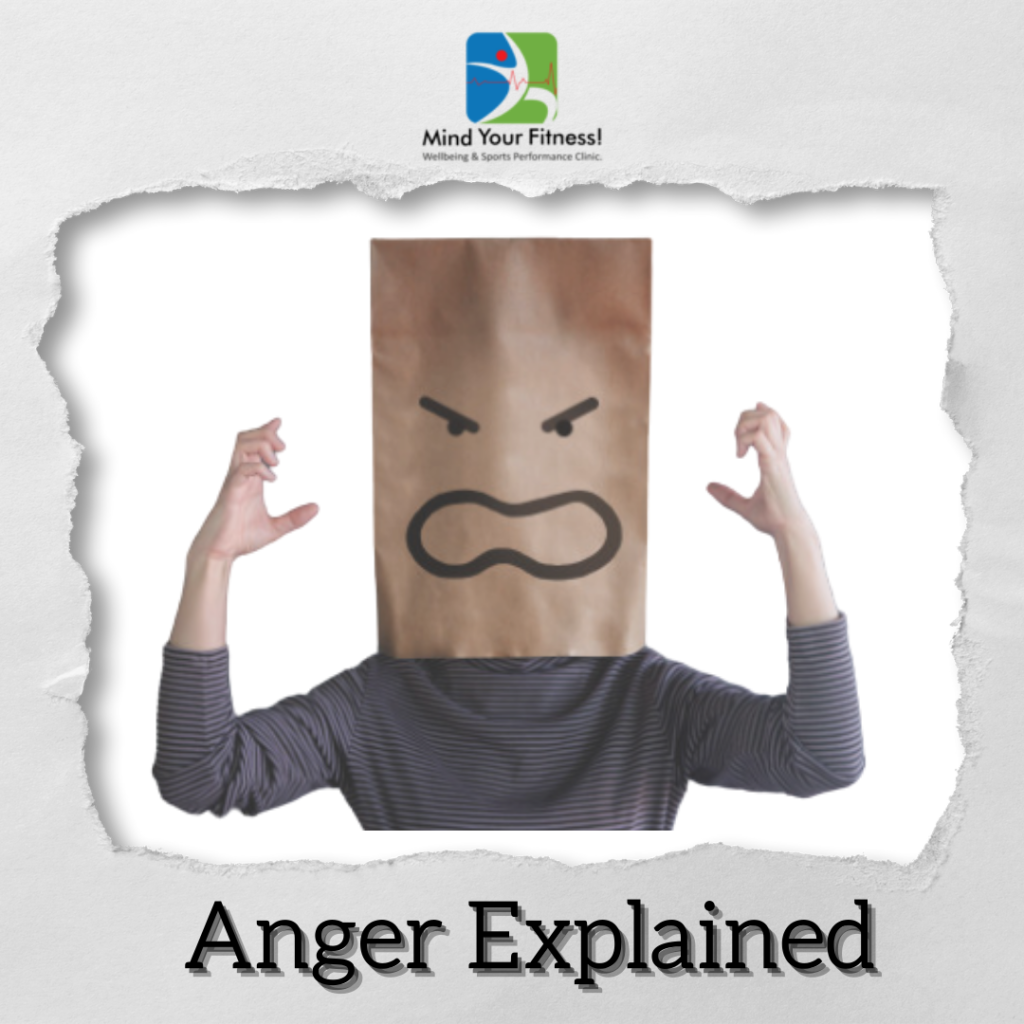 Anger is a normal emotion which gives rise to a sense of antagonism towards someone when you feel they are trying to do you wrong. Very often anger is an automatic response to either physical or emotional pain; for example, you could get angry if don’t feel well, feel rejected, experience betrayal, feel threatened or when an underlying need […]

Learn to keep your mental game up during the COVID-19 outbreak. 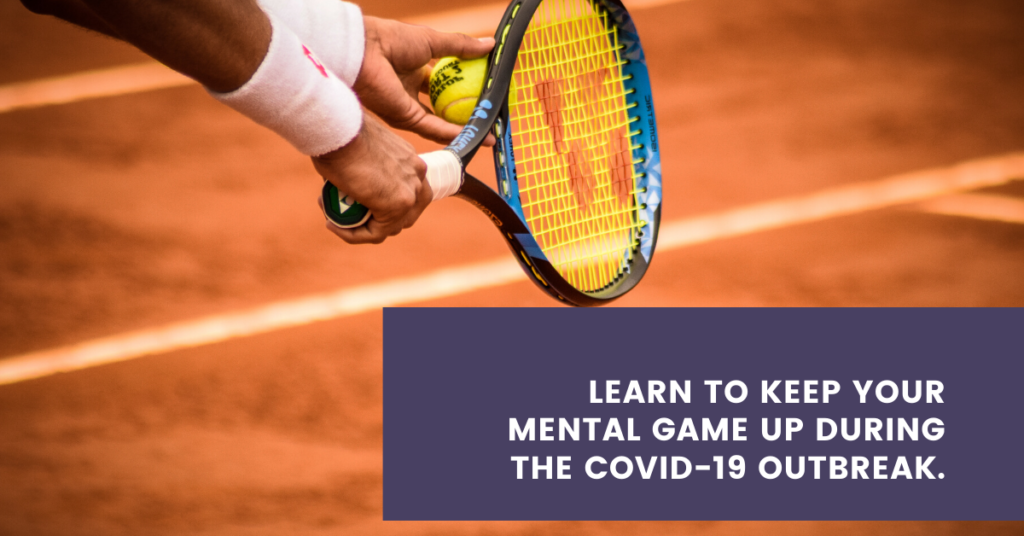 Setting boundaries in a codependent relationship. 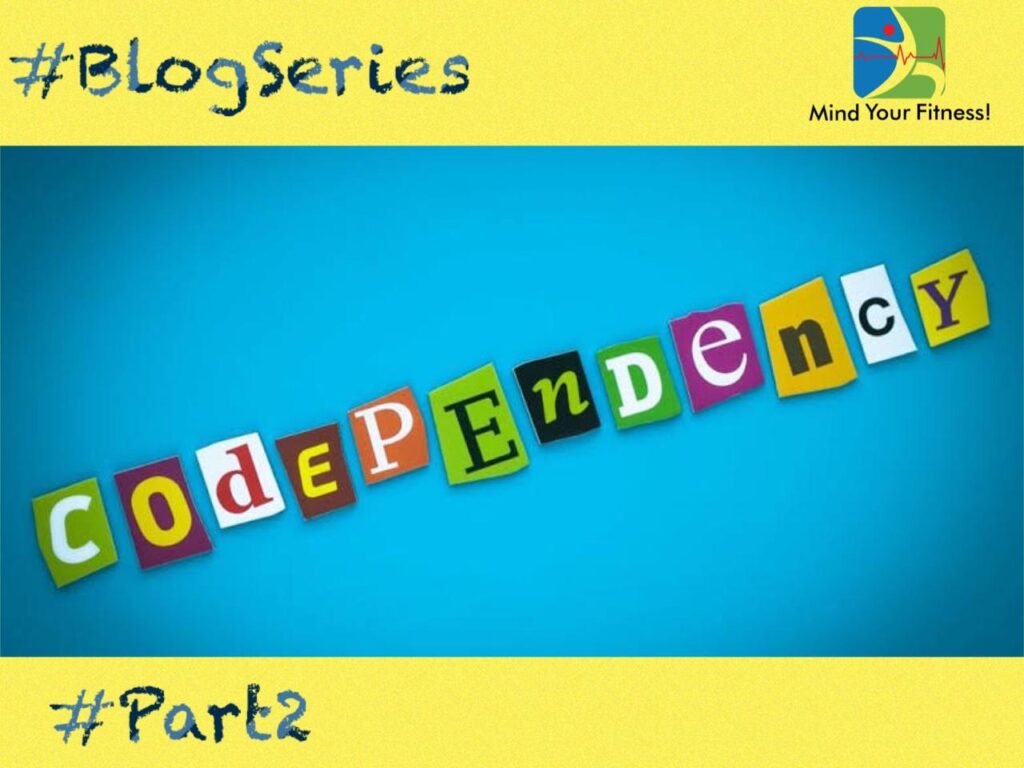 In my earlier blog, part 1 of the 2 part series on codependency, I had mentioned that I would be discussing boundaries and setting boundaries is indeed the next step to release yourself from codependency. A healthy boundary has to be set proactively and you have to take full responsibility for it; it’s not an […]

Are you trapped in a Co-dependent relationship? 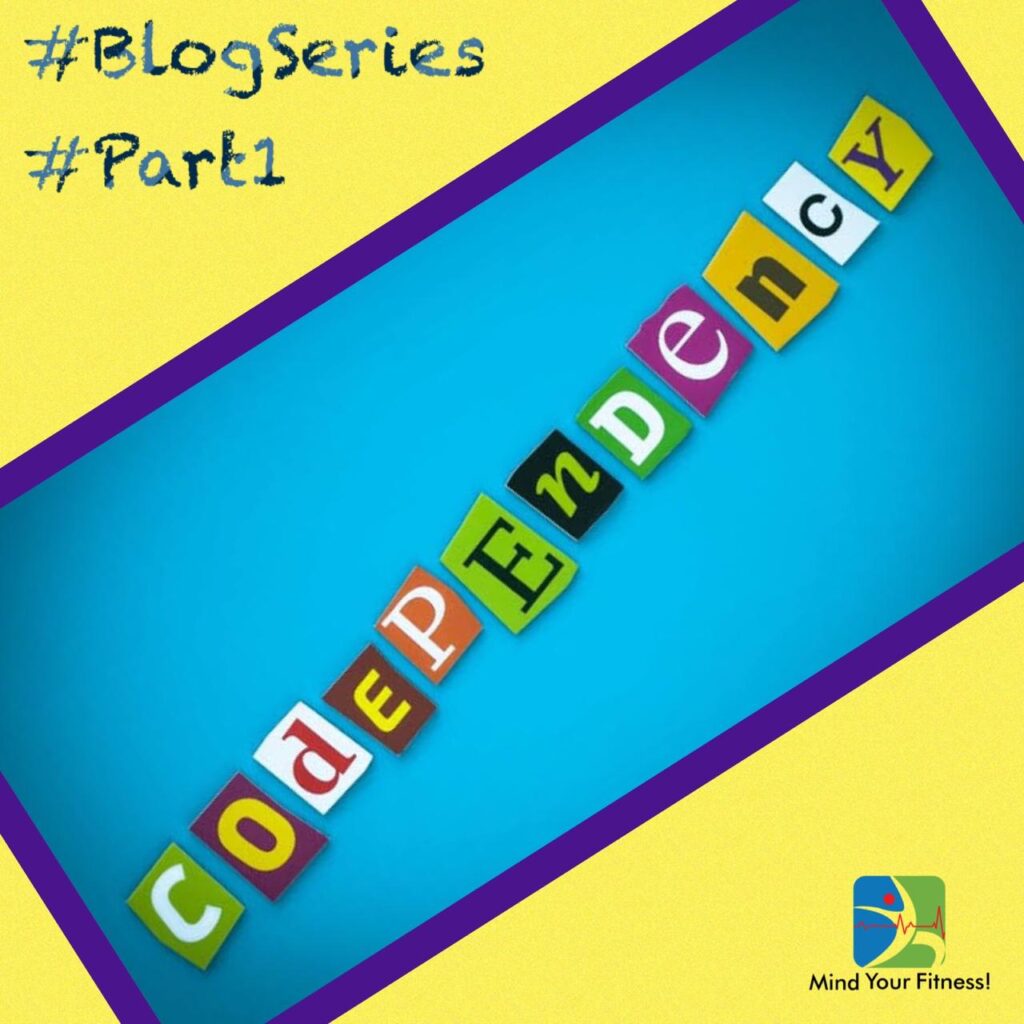 Let’s discuss co-dependency in relationships. You may be in one and not even realise how it’s impacting you. To understand what co-dependency is, we need to see how it differs from dependence, which is a natural part of any relationship. When you are in a dependent relationship you realise the following: Both parties prioritise the […]

How To Talk To Depressive Patients 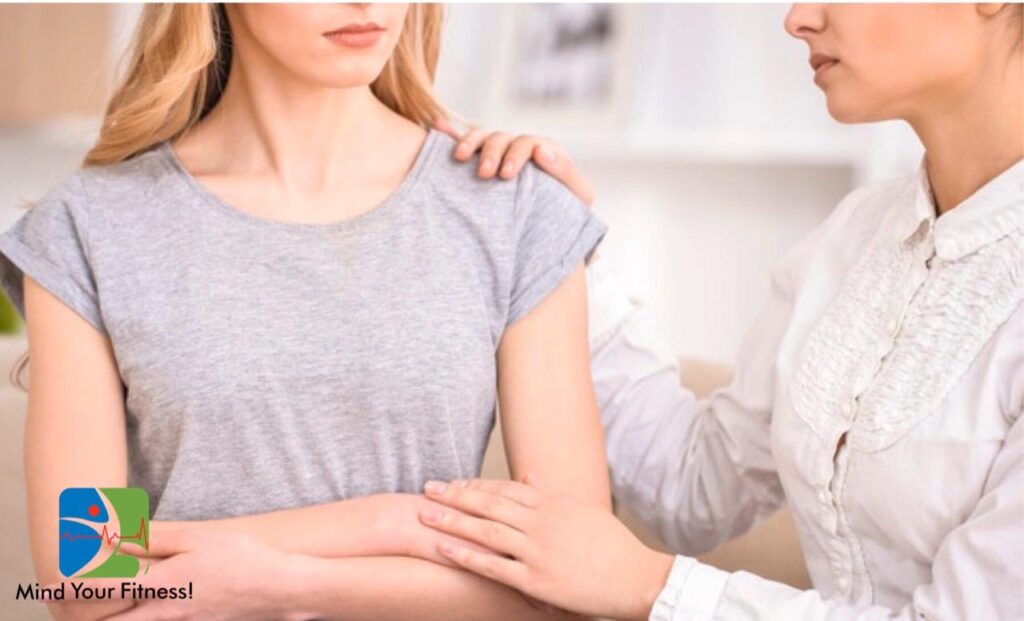 Most people are aware that depression and a feeling of sadness are not the same. We feel sad, as a reaction to a situation that causes us pain or grief. On the other hand, depression is a state of mind and can exist even when a person appears to have everything that others would think […]

Abhay is highly qualified and experienced with a proven track record of 14 years; training clients from diverse backgrounds.

His approach to coaching:

Whether you are an athlete looking to improve your performance or just want to live a healthier lifestyle, Abhay has the knowledge and skills to guide you towards success.

Janvi is a qualified sports & clinical nutritionist and a certified diabetes educator.
She’s a topper at the postgraduate level & has received Dr. K. U. Naram award by AFST(I), Mumbai chapter.

Dr. Bhakti has more than 7 years of clinical experience in:

Dr. Deshmukh is a consulting Nephrologist at AMRI Hospital, Kolkata with 5 years of experience in the field of Nephrology.
He manages patients with various kidney problems such as acute and chronic renal failure on hemodialysis and peritoneal dialysis, nephrotic & nephritic syndrome, acid – base disorders, CRRT, kidney transplants: both in the Private and Government setups.
He has completed his DNB Nephrology from Apollo Hospitals, Kolkata.
He is also involved in research work related to Covid 19 and renal dysfunction.

Dr. Kapil comes with a vast experience of over a decade in the field of medicine. He has hands-on experience in managing complicated metabolic disorders. He is known for his expertise related to metabolic disorders like diabetes, thyroid dysfunction and cardiac conditions. His vision is to cure metabolic issues in the Indian population with minimal use of medication and focusing mostly on integrated lifestyle changes.

Dr. Parnami Mehta is a Maharashtra medical council registered pediatrician. She received her M.B.B.S degree from government medical college, Surat and completed her pediatric residency from college of physicians and surgeons, Mumbai. After practicing for several years at different hospitals, Dr. Mehta moved into the private practice of pediatrics and started her clinic in Pune under the name of Dr. Mehta child clinic in 2013. She believes in providing quality care to her patients through education and a preventive approach. She conducts free medical camps for underprivileged children.

Varadayini has completed her Master’s from Loughborough university, U.K in sport and exercise psychology with 7 years of experience in the field. She has also completed her advance therapy courses in rational emotive behavior therapy (R.E.B.T) from Swati Khanolkar who is a certified trainer from Albert Ellis Institute, New York. She specializes in training athletes psychologically to achieve peak/ optimal performance in their sport through techniques and methods used under sport and performance psychology. She has worked with individuals and teams competing at the National and International level. She also addresses mental health issues in athletes who may need further clinical interventions.

Dr. Mili has more than 15 years of experience of clinical practice with well-known hospitals in Mumbai. She has worked with renowned national & international gym chains as special population physiotherapist.
Currently she is actively working as a Women’s Health & Wellness Physiotherapist (Pre and Postnatal Pregnancy, Lactation & Breastfeeding Management Specialist).

She believes in a comprehensive approach towards fitness and wellness. As a professional fitness athlete and yoga practitioner, she is passionate about promoting holistic & sustainable fitness.

Yash specializes in sports and musculoskeletal injuries. Over a period of 11 years, he has successfully managed Elite athletes, sports enthusiasts and desk job workers with his expertise. Prescribing focused exercises Following a comprehensive clinical assessment and treating the source of problem in the most effective and innovative manner is his niche.

“Analyzing neuro-musculo-skeletal issues gives us an insight into our current capacities and shortcomings. This provides an opportunity to prevent a lot of health issues ahead in time thereby reinstating prevention is the new Cure”.

Anuja has an experience of 6 years in rehabilitating cardiac patients (Ex co-ordinator of Asian heart hospital of physiotherapy and cardiac rehabilitation department). She also holds a postgraduate diploma in hospital and healthcare management (PGDHHM, Symbiosis, Pune) and a certified sports nutritionist from American college of sports medicine.

Starting from counseling during antenatal (pregnancy) and postnatal (after delivery) period for mother and baby. It has a significantly strong breastfeeding support wing to promote and propagate the essential components of Infant and Young child feeding practices.

Pooja aspires to improve the statistics of breastfeeding in India by ensuring early initiation and exclusive breastfeeding in the first 6 months. She is the recipient of the “Young Scientist Award” by Nutrition Society of India, 2010 and has published several research papers in National and International journals.

Dr. Sachin Hundekari is a senior interventional cardiologist with more than 10 years of experience. He is a Director at Synergy Heart Institute and Elite Heart Clinic in Pune.

He specialises in interventions like complex angioplasties, device closures and pacemaker implantations.

He is active in the area of clinical research, has presented papers in national and international forums and has participated in many international trials.

Master Entertainment and Sports Law from UCLA, School of Law

Ms. Aahna Mehrotra is the founder/principal lawyer at AM sports law and management co. and partner at TMT law practice. She advises clients on matters relating to

Aahna is also the vice-chairperson of the national anti-doping disciplinary (NADA) panel and a member of the arbitrational tribunal constituted by a state football federation.  She has been instrumental in setting up some of the major franchise-based leagues in India and serves as a visiting faculty at several institutions of repute. Amongst her most notable publications is co-authoring the second edition of the book ‘Law and Sports in India’ published by LexisNexis.

Dr. Abhishek bhargav is a graduate from grant medical college & sir j.j group of hospitals and has subsequently done his dnb medicine. He was formally attached with bombay hospital & asian heart hospital. He is currently practicing as a physician, cardiologist & diabetologist and is attached with hinduja healthcare, seven hills hospital, bses, criticare, aryoganidhi & sujay hospital, mumbai. He was recently awarded the prestigious feac fellowship. He is also the recipient of the prestigious rashtriya gaurav award for medical excellence in 2012. He has presented papers at various national & international conferences with various publications to his name.

Dr. Mohsin is a practicing physician in the Field of Internal Medicine and Diabetology since 2013 . He also has a specialization in 2D Echocardiography and Stress test. He is a National Faculty at the Annual Conference of Indian Academy of Echocardiography. He has been trained under the stalwarts of Diabetology and Cardiology during his training. He is currently attached to Gurunanak Hospital, Bandra, Mumbai.

A university topper in DGO and providing specialist advice in gynaecology and obstetrics for the past 18 years, Dr. Patil is a LAMAZE certified child birth educator with passion, commitment and dedication for natural birthing and safe motherhood. She has handled many high risk obstetric cases and conducted more than 5000 deliveries.

The Founder of Arthrose is a qualified dental surgeon (Oral Medicine and Radiology) and currently the only certified DTR specialist (Disclusion time reduction) in Mumbai. Arthrose is a chain of clinics dealing with postural correction, headaches, migraines, Facial Pain and TMJ dysfunction in Mumbai, Pune, Nashik. He also practices neuromuscular dentistry. He uses several advanced biometric instruments such as T-Scan, BioElectromyography(BioEMG), Joint Vibration Analysis (JVA) and QuadraTENS for his treatments.

Narendra has 30 years of experience as a consulting psychologist and psychotherapist. He is a consultant clinical psychologist at sir H N reliance foundation hospital & Research centre, Mumbai. He is also associated with mithibai college and St. andrews college, Mumbai as a lecturer in clinical psychology. He has been a columnist and impaneled on responsible roles for various corporate houses in mumbai.

Sujatha has 10 years of experience in clinical practice and school counseling.

A certified fitness trainer with over 5 years of experience, Pankaj specialises in personal training. Excellent communication skills and a passion for training makes him a favourite with clients across age groups.

A certified trainer from the esteemed K11 School Of Fitness Sciences Amar has over 15 years of experience in Personal Training. He has helped clients across the board achieve their fitness goals, including those needing special attention and care.

Dr. Mansi believes we are here to create greater and all it takes is ‘choice’.
She is a senior teacher for the “personal trainer for special populations” course at k11 school of fitness sciences since year 2009. She has also authored the textbook for the course.
Presently, dr. mansi has launched a program for emotional well-being; it’s called ‘life skills’. she has been working towards physical & mental well-being since year 2008.

A certified trainer from the esteemed K11 school of fitness sciences and with over 10 years of experience in personal training , Tariq has trained clients from all walks of life catering to improvements in general fitness and athletic performance

Pranjali is a sports physiotherapist with 7 years of experience handling major elements of physiotherapy. She is a lecturer at k11 school of fitness sciences. She is also a foot/ankle specialist. She has worked with cricket teams in Mumbai.

A clinical sports physiotherapist with an experience of 9 years, Janhvi is a silver medalist and has completed her Masters in sports physical therapy. She specializes in clinical and on-field patient assessment / diagnosis of sports injuries. She is also specialized in goal-oriented rehabilitation exercise prescriptions / guidance for maximal patient care & recovery.
Areas Of Expertise

Anamta is a qualified nutritionist. Besides having sound knowledge of nutrition science, her strengths include complex problem solving, strong instructional and communication skills.

Rabab is a qualified and experienced Clinical & Sports Nutritionist. She has worked with clients from different walks of life, both online and offline.